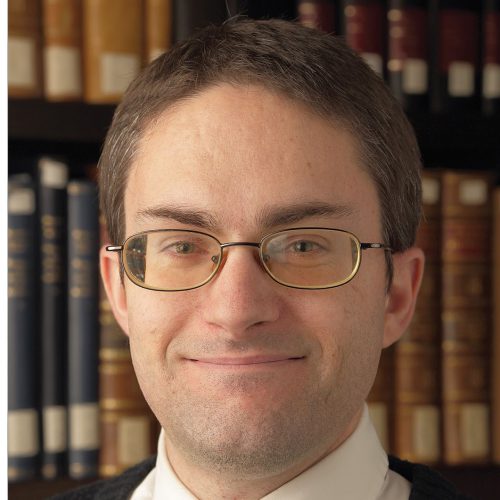 David Calabro holds a PhD in Near Eastern Languages and Civilizations from the University of Chicago. He specializes in premodern Middle Eastern cultural history. He is the Curator of Eastern Christian and Islamic Manuscripts at the Hill Museum and Manuscript Library.

The Hill Museum and Manuscript Library (HMML) hosts the world’s largest collection of digital West African manuscripts. As of January 2020, the collection includes high-resolution images of over 200,000 manuscripts and fragments from Timbuktu and the surrounding regions. While projects such as this are rapidly pushing West African scholarship into the digital age, standardized metadata is critical in making this material accessible. Names, titles, and descriptive terminology must be not only uniform but also compatible with larger information networks, including the Library of Congress and the Virtual International Authority File. A significant part of HMML’s work is to develop a reference infrastructure and authorities for West African manuscript traditions (along with other traditions that are historically underrepresented in Western scholarship) in accordance with established best practices. These tools will soon become available through vHMML Data, a major database project funded by the National Endowment for the Humanities. In this paper, we will describe the standardization practices developed by HMML, which may serve as a model for other projects on West African manuscript traditions. We will discuss three areas: (1) scripts specific to West Africa, (2) personal names, and (3) titles of works. We will illustrate our practices in these areas with examples from HMML’s database.

All Sessions by David Calabro