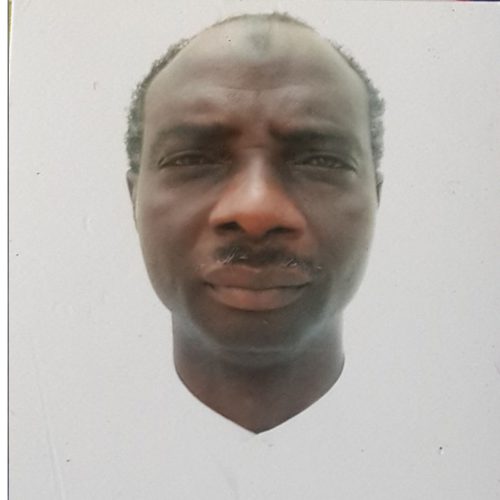 Amidu Olalekan Sanni is a Professor of African and Middle Eastern Studies with the Fountain University, Osogbo Nigeria. He graduated with First Class in Arabic Language and Literature from the University of Ibadan in 1980 and completed a PhD programme at the School of Oriental and African Studies (London) in 1989. He taught at the Lagos State University (1984-2018). His research interests cover literary and linguistic studies and West African manuscript studies. He has won a number of awards, including the British Commonwealth Scholarship, the Alexander von Humboldt fellowship, the Leiden-Scaliger Fellowship, and the Chevening Fellowship at the Oxford Centre for Islamic Studies. He has participated at many international conferences and has been part of the guest trainers on the Timbuktu Manuscript Project. He has served as a Visiting Professor at a number of international universities.

He is a fellow of the Royal Asiatic Society of Great Britain and the British Society for Middle Eastern Studies. He has over 200 publications to his credit made up of books, journal articles, book reviews, in Arabic and English. Of his latest studies is “Islamic Historical Sources: Manuscripts and Online” for the Oxford Research Encyclopaedia http://africanhistory.oxfordre.com/view/10.1093/acrefore/9780190277734.001.0001/acrefore-9780190277734-e-124.

Paper Abstract: From the ‘Sacred’ to the ‘Profane’: the Yoruba Ajami Script and the Challenges of a Standard Orthography.

The Yoruba (southwest Nigeria) constitute the second largest ethnic group in Nigeria. The earliest evidence of the presence of Islam and literacy goes back to the 16th/17th century. The earliest history of the people, which is traced to the latter part of the 17th C, was in Yoruba language but in the Arabic script (Ajami). This makes Yoruba one of the oldest African languages with an attested history of Ajami. (Cf. Mumin & Versteegh 2014; Hofheinz 2018). However, the oldest, extant Yoruba Ajami exemplar is a 19th C Islamic verse (waka) by Badamasi Agbaji (d. 1895- Hunwick 1995). There are several items of Yoruba Ajami in poetry, personal notes, esoteric knowledge (Cf. Bang 2019), among others. Nevertheless, Yoruba Ajami remained idiosyncratic and not socially diffused, as there was no standardized orthography. The plethora of dialects, the absence of a central promotional institution, among others, are responsible. My paper will examine the efforts (Abdussalām (1992), Yūsuf (1997), Amīn (1998, 2000), Abdulhameed (2008, 2013), and ISESCO (2014f) towards the establishment of a standard Yoruba Ajami orthography for sacred and mundane usages among the locals, sufi orders, and educational institutions. It will analyse the obstacles that impeded the success of the efforts and how to overcome them. How a standard Ajami orthography can popularize the diffusion of knowledge and information in a digital scholarly and social milieu will be discussed.

All Sessions by Amidu Olalekan Sanni